The past is never dead; it's not even past

I recently had occasion to dine at an establishment with which most people are at least familiar, as it is a fairly large chain. I speak of Applebee's. The food was fine; I am not a connoisseur of steak, but the Asiago Peppercorn [sirloin] steak was very tasty, and small enough to be a) eaten whole at one sitting, and b) probably accurately placed on the 550 Calories menu (served with veggies). 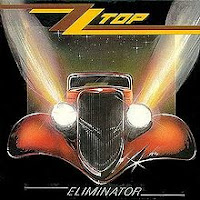 However, it is not the food that made the experience so memorable. It was earlier in the evening (around 6 PM) than most suburbanites dine, so the place was relatively empty, but even so (or perhaps because of this) the music was fairly loud. I went to high school in the 1970s, and as far as this restaurant was concerned, it seems that we have never left. Here, to the best of my memory, is the soundtrack to the meal for your imaginative perusal.

We arrived during Jimmy Page's extended guitar break in Led Zeppelin's "Heartbreaker", which continued, as is the custom, into "Living Loving Maid (She's Just a Woman)", the next track on Led Zeppelin II. I am leaving a track or two out, including a blues song which might have been Muddy Waters and an album rock track (clearly from that same era) which I did not recognize, but the time matches up about right so this must be about it. Continuing after Zeppelin:

J. Geils Band - Love Stinks
Fleetwood Mac - Rhiannon
Heart - Barracuda
Queen - Somebody to Love
Bob Seger - Hollywood Nights
ZZ Top - Gimme All Your Lovin' [hey, this one's from 1983!]
Tom Petty - The Waiting [1981]
The Cars - Bye Bye Love
The Beatles - Something
The Eagles - Hotel California [we left during Joe Walsh's guitar solo, which I even paused at the door to listen to]

While I never listen to this stuff voluntarily (although I do own Eliminator, from which I would have played "Got Me Under Pressure" or "I Need You Tonight"), I enjoyed this set perfectly well (except for Bob Seger, whom I can do without). In a weird time-capsule sort of way. And "Bye Bye Love" has been running through my head constantly since then. Still, I'm not going back there, Asiago Peppercorn steak or no.
Posted by Duck at 5:54 PM

Rhiannon? That one I can't place. And I shall leave it buried where it lies, too. I like a couple or three tracks from Eliminator myself (follows a meal well, I suppose). just imagine, all the perfectly good performers that were born, grew up, and died while this stuff was burning a hole in god's mind at Applebee's over the aeons...an orderly kind of evil. It pleases me to think of empty applebee's (beeses? applebi?)drifting through the void when all is done, playing their careful playlist with solemn fervour. What new universe could be birthed from such eternities?

Thanks for a nice mental steak break -
PG

What new universe indeed. You've heard "Rhiannon," it's their big hit from that record (the self-titled one right before Rumours). It's just not clear what she (Stevie) is singing unless you've seen the song title in print. Also, I left out Emerson, Lake & Palmer's "Karn Evil 9 Pt. 1" (I think; aka "Welcome Back My Friends to the Show that Never Ends").

Has anything since Zeppelin even been half as good?

In the comments over at this thread at Leiter Reports someone started praising "Rorty and his Critics" and "Three Varieties of Knowledge". I e-mailed him and he said he'd just stumbled upon them on his own -- I had to confirm that neither of us had actually told him exactly what to read if one wanted to get into Davidson.

Good lord, I haven't posted since February. I've got some stuff in the works though!

Yes, I saw that thread. It is remarkable that when someone mentions those particular works, the possibility arises that he did it because one of us told him about them. What does that say about contemporary philosophy, grumble grumble.

You are of course right (I would have said this but I don't get up early enough in the morning) that simply reading esp. Putnam is fine (and working backwards from the references there). Martinich is good to have though.

There was some question there about whether Q/D/P are "widely" read. I think most people do read them at some point, esp. Q. But for DD anyway that seems to mean anomalous monism and maybe the principle of charity. I'm not sure I've ever seen "Meaning, Truth, and Evidence" in a bibliography (or, with few exceptions, understanding of same in the text).

Anyway, let's not start a comment thread on this post. I'll have something new up soon, promise!