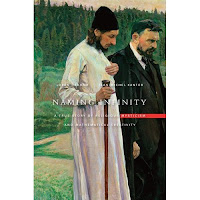 I just ran into this quote from L. Graham and J-M Kantor, Naming Infinity: A True Story of Religious Mysticism and Mathematical Creativity:

Alexander Yessenin-Volpin [was] a Russian logician of the ultra-finitist school who was imprisoned in a mental institution in Soviet Russia. Yessenin-Volpin was once asked how far one can take the geometric sequence of powers of 2, say (2e1, 2e2, 2e3, ... , 2e100) [sorry, I don't know how to do superscripts, so for "2e1" read "2 to the first power," and so on]. He replied that the question "should be made more specific." He was then asked if he considered 2e1 to be "real" and he immediately answered yes. He was then asked if 2e2 was "real." Again he replied yes, but with a barely perceptible delay. Then he was asked about 2e3, and yes, but with more delay. These questions continued until it became clear how was going to handle them. He would always answer yes, but he would take 2e100 times as long to answer yes to 2e100 than he would to answering to 2e1. Yessenin-Volpin had developed his own way of handling a paradox of infinity.

2 to the 100th power is well over 10 to the 30th, so if he took a tenth of a second to decide that 2 to the 1st power is real, then once you ask him about 2 to the 100th, you can go get a cup of coffee while you wait. In fact you better get something to eat too, because you won't have to come back for over [performs quick 'n' dirty calculation] 3,000,000,000,000,000,000,000 years. I wonder how far they actually got. I should mention that just because it was in Soviet Russia, in which mental institutions were routinely used as de facto prisons for political dissidents, that Comrade Yessenin-Volpin was institutionalized, this need not mean that he wasn't actually insane. In fact this sad tale should be a lesson for us all.
Posted by Duck at 1:49 AM

This post is quite amazing. It shows that the concept of infinity is a crucial emergent concept arising in mentally disordered minds.

This is a critique of Infinity I had not yet considered. I wonder what this Russian would think of the Penultimate (P)?

The post was good, however the previous comment was unwarranted. Infinity is not a crucial emergent concept arising in mentally disordered minds, it is crutch to the mentally able.

I hadn't looked back here for a month or so. I find Manus's comment to be excellent and wise. A very rare event has occurred: I change my mind!